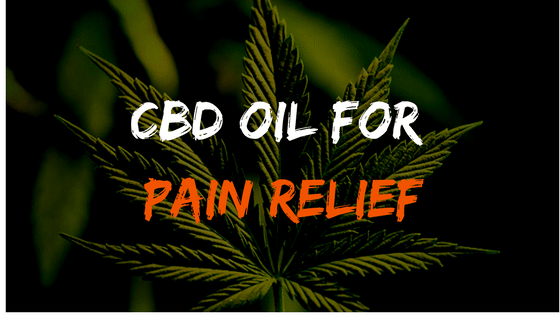 Cannabis oil comes from the ancient plant native to the Himalayas, which has long been banned, both for cultivation, and for use because of its psychotropic properties. Recently CBD oil has been a very popular option for pain relief.

However, with the passage of time and the appearance of technological advances, it has been possible to determine that this plant contains a component called cannabidiol (also known as CBD).

This article at https://biomdplus.com/how-to-use-cbd-oil-for-pain/ explains all in detail.

Contrary to tetrahydrocannabinol or THC, CBD does not have psychotropic properties, but rather, it has various medical properties.

In addition to these findings, the positive effects of cannabis (both ingested and inhaled) have been known to treat various conditions that, until now, conventional medicine has not been able to treat.

These discoveries have driven millions of people around the world to demand the legalization of the use and cultivation of cannabis for medicinal purposes, since many people have been reduced to certain conditions in your body, such as muscle spasms or seizures.

Today, there are many families that treat some ailments with cannabis oil. And it is enough with just a drop of this oil, to relieve pain, combat insomnia, or eliminate nausea without generating any kind of psychotropic effect.

The oil cannabis is obtained from the hemp and has in its composition, with more than 100 compounds called cannabinoids, which belong to the family of terpenophenolic compounds.

These compounds act on receptors called endogenous cannabinoids, located throughout the body and that fulfill different functions.

This implies that these substances can cause positive effects at different levels, counteracting many conditions.

Among the confirmed properties of cannabis oil, it is found that it is ideal for treating the side effects of chemotherapies, this being its most popular use, as it reduces nausea, vomiting and stimulates appetite.

According to various studies, cannabis oil is beneficial for the brain, since it reduces inflammation of neurons and their oxidation, in addition to promoting the birth of new nerve cells.

In summary, cannabis oil has the following beneficial properties :

It is important to note that cannabis oils are not a cure for any of the disorders mentioned above.

This oil is used as a palliative treatment to reduce symptoms, as long as the use of other drugs has been tried before and has not had the desired effect.

It is our duty to consult with our doctor, before consuming CBD oil and even more so, if ingested in conjunction with other medications.

Although cannabis oil is of natural origin and is easily assimilated by the body, in some cases it can be harmful to health, which is why it is expressly prohibited in the event that:

The patient has a heart condition, such as coronary insufficiency, cardiac arrhythmias, or if the patient has had a heart attack or angina.

The patient has psychological problems.

The patient must use machinery (heavy or not heavy) or must drive. In case you must do it, it is recommended that you do it after a period of 4 hours after the intake of cannabis oil.

Although from the same family as cannabis oil, it is obtained from a different part of the plant. It is also useful for medicinal purposes.

The cannabis oil is obtained from the cold pressing of the flowers of the plant, while the hemp oil comes from the same process, but, instead of using the flowers, are used seeds.

These oils are manufactured from varieties of the Cannabis Sativa plant, which does not have significant amounts of the psychoactive component tetrahydrocannabinol (THC), so they do not generate more addiction than coffee.

The hemp oil, to the same as cannabis oil, has high levels of cannabinoids, so it is used in the treatment of nausea, inflammation, convulsions, spasms, and pain relief.

An always controversial topic has been the legalization of marijuana for therapeutic use. Although it is well known that this plant has numerous beneficial properties for the body and has served many people as an alternative to conventional medicine.

But it is also true that some variants of marijuana, do not have these properties, but they are psychotropic substances used for recreational purposes.

Until not long ago, cannabis was ( legally ) suitable in some countries, only for the purpose of producing non-psychoactive elements, such as fiber and seeds.

However, the difficulty of states to control drug trafficking with prohibitionist policies (which often only encourages its consumption), has caused various personalities to demonstrate for a change in regulatory policies.

Many are the countries that, in recent years, have legalized and regulated the use of cannabis for medical use, among which we can mention Ecuador, Colombia, Argentina, and Uruguay.

In the case of Uruguay, it not only legalized its use for medicinal purposes but also for recreational purposes, like the Netherlands.

In the United States, only a few states allow recreational use of marijuana, one of them being Washington, where each person is allowed to plant up to 6 cannabis plants and possess 56 grams. Of course, its consumption must be done in private.

In Central America, specifically in Costa Rica, the consumption, planting, and possession of marijuana is completely legal, as long as some limitations are met. Consumption should not be done in public spaces and the amount owned should not be very large.

In Spain, the use of cannabis is under review, due to recent discoveries and its potential use for therapeutic purposes.

Sorry, no reviews available at this time

Sorry, no photos available at this time

Sorry, no videos available at this time

Sorry, no news & updates available at this time